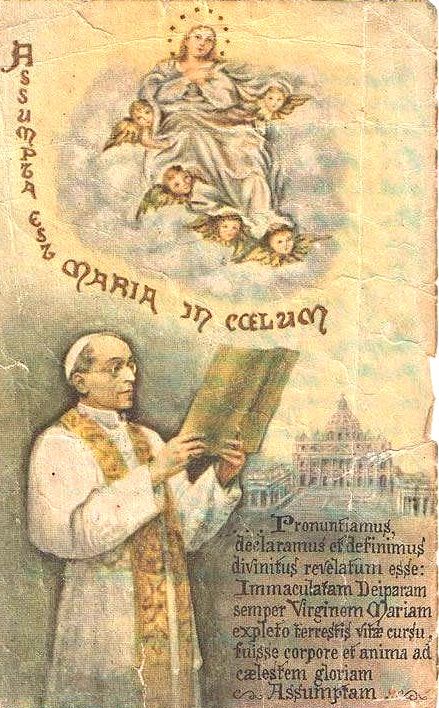 Dear brothers and sisters in Christ, on this Sunday, all of us are called to reflect on what we have just heard from the passages of the Sacred Scriptures in which we are reminded of this question, ‘What is our precious treasure in life?’ This treasure that we seek in life, is it the treasure of worldly material goods and possessions, or fame and influence, or earthly pleasures? It is important that we reflect on this matter so that we will know what it is that we are seeking in life and we can then plot the right path going forward in life.

In our first reading today, the Lord appeared to the young king Solomon in his dream not long after he had succeeded to the throne of Israel following his father, king David. And the Lord told him to ask of Him anything he wanted and it would be given to him. King Solomon was still young and new to the throne, inherited a great kingdom, wealthy and prosperous, mighty and powerful in arms. And he asked not for more power, glory or wealth, but rather for wisdom, the wisdom to discern the good from the bad, and to be able to lead the people of Israel wisely in the ways of the Lord.

And God Who was pleased with this request of king Solomon, gave him not just the great wisdom of which Solomon would forever be known for, but also even more glory, wealth and power in his kingdom that surpassed greatly his father, king David’s kingdom. Through this, we can see how the Lord is truly generous and kind to those who trust in Him and we are also reminded that the true treasure we should seek is not in any worldly matters and goods, but rather, in trusting in God.

For Solomon had great faith in the Lord, and even as he asked for wisdom from God, he did so not to glorify himself and for his own selfish purpose, but rather to be able to govern the people of God entrusted to him effectively and well, and to lead everyone to God. This shows how Solomon during his early and younger days in particular, had the Lord as the treasure of his life, his focus and emphasis that kept him in the right paths.

Unfortunately, if we are to dwell further into the life and reign of king Solomon after what we have heard in today’s Scripture passage, as Solomon grew older, he began to be swayed by the many worldly matters, pleasures and temptations, with his hundreds of wives and concubines, many of whom began to lead Solomon away from the Lord. They reintroduced pagan worship and wicked practices, and Solomon began to act more tyrannically towards those who disagreed with him.

This is what happened when we allow the false treasures of the world to sway us and tempt us, and unless we resist those temptations, as we saw how even someone with great wisdom and knowledge like king Solomon had fallen, we too will likely end up going down the wrong path in life. Solomon’s glorious reign, his vast wealth and fame all over the world, his immense stature and the wisdom he had made him proud in the heart, and in turn, made his path in life to begin to veer away from the Lord.

And then, we also heard another parable in which the Lord compared the kingdom of heaven to a most beautiful and magnificent pearl of great worth and price. In that parable, again, the one who found the pearl of great price sold everything he had and buy the pearl as his true treasure. This is similar to the story of the treasure in the field, and the essence of the story is that the kingdom of heaven is so precious and great, that it is worth our entire existence to own it, and its value is beyond all that our earthly possessions and wealth can be compared to.

Now, brothers and sisters in Christ, the question that all of us need to answer then is, ‘What is our treasure in life? What is it that we have been looking for in life all these while? If our answer is wealth, worldly joy and pleasures, glory and fame, influence and power, then we must realise and understand that all of those things are superficial in nature and that they will also not last forever. None of them will endure and persist for long, and as easily as we gather them and accumulate them, we will also lose them.

Let us also keep in mind these words of the Lord in another part of the Gospel, that I feel is truly related to today’s passage, namely ‘What good is it for man, for him to gain the whole world but loses his soul?’ Through this phrase, the Lord wants us all to know that the world and everything it can offer us, all the ‘treasures’ and goods we may see and find attractive, all of these can lead us into losing our soul, meaning by falling into sin, and from sin into death and damnation.

Now, we also have to understand that the Lord does not ask us to sell everything we have and abandon all of our worldly dealings, wealth, possessions and all other things we have. If we read at His words and understand them literally, then it is what we may wrongly perceive and understand. What the Lord truly meant is that we have to get rid from ourselves all the unhealthy attachment, desire and obsessions. It is not wrong for us to possess material goods and to have worldly happiness, but we have to draw the line between having and being possessed and filled with desire for more of them.

Brothers and sisters in Christ, are we able to detach ourselves from the unhealthy obsession and unbridled desire for the false treasures of life, and instead, seek for the true treasure that we can only find in God? Let us all heed from the examples of king Solomon, both his good example in his humility in asking for wisdom from God, the wisdom to be able to lead his people and rule with justice, and not seeking for worldly matters, and also his faults in the latter part of his life when he was overcome by the tempting power of the pleasures of life.

Are we able to resist these temptations to walk the path of sin and evil? Are we courageous and strong enough to reject these attempts by the devil to lead us astray and to distance ourselves from God? The Lord has called us to follow Him and He has shown us the way to reach out to Him, and now it is just for us to embrace this path that He has shown us. But it is easier to be said than done, as it will indeed prove a lot more difficult for us to seek the Lord’s path than the path of worldliness.

We live in a world inundated with plenty of materialism and even hedonism. We are flooded each and every day with subliminal messages encouraging consumeristic lifestyle, putting material wealth and goods first and foremost in our lives, and the prioritisation of self over others. The nature of our world today, our society and others emphasised to us a lot on selfishness, individualism, the pampering of the self and the pursuit of self-fulfilment and self-satisfaction.

And we need to know that we are up against all these in life, in our every living moments. Unless we strive hard to resist, we are bound to fall to the temptations that are indeed hard to escape from, especially if we have known many comforts in life. Once again, it is not wrong to have these comforts, but we must not crave or desire for these things in expense of finding our true treasure in life, that is God. Yes, in God alone we can find the true treasure that will last for eternity.

Ultimately, as our experiences and human history had shown us, we are usually never easily satisfied by what we already have in life, and we always desire for more, and many of the conflicts that happen in our world past and present, as it will also be in the future, are caused by these conflicting desires and by our greed. In the end, indulging in these false treasures will lead us nowhere but destruction, emptiness and pain and suffering.

Brothers and sisters in Christ, as we reflect on these readings today, let us also heed what St. Paul told us in his Epistle to the Romans in our second reading today, that God has called us and those whom He had called, He will make righteous and He will bless us in everything we have and do. We are indeed so fortunate to have such a loving God and caring Father by our side at all times. However, it is too often that we have ignored Him, refused to admit His love for us, and even rejected His generous offer of forgiveness, mercy and compassion.

Brothers and sisters in Christ, today we all need to reassess how we have lived our lives thus far. If we have not placed God at the centre of our lives and existence, then we seriously need to consider what we have just discussed earlier on. Is God at the centre of our lives and existence? And is He our focus and direction in life? Let us all seek the Lord from now on with renewed vigour and spirit, knowing that in Him alone that we will be able to find true joy and everlasting happiness. May the Lord be our guide and help us to find the right path in life. Amen.