On Sunday, 12 January 2014, at the Angelus of the Feast of the Baptism of the Lord, Pope Francis announced that 19 new Cardinals will be created at the consistory planned to be held on the Feast of the Chair of St. Peter, 22 February 2014.

Here are the names of the new Cardinals or Cardinal-elects, and some short explanation on them :

1. Archbishop Pietro Parolin, Secretary of the Secretariat of State – 58 (Age) 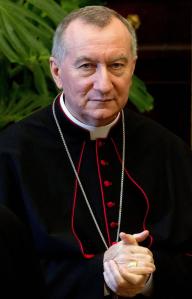 Being the highest position in the Church just below that of the Pope himself, Archbishop Parolin as the Secretariat of State is a certain candidate for the Cardinalate to be made at this consistory, and the position itself is explicitly stated to have to be held by a Cardinal (As Cardinal Secretary of State)

2. Archbishop Lorenzo Baldisseri, Secretary General of the Synod of Bishops – 73 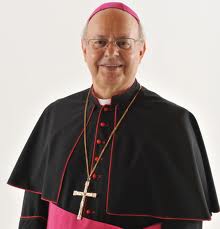 It was reported and confirmed by sighting that the Pope had placed his own red zucchetto (skullcap) on the head of Archbishop Baldisseri, which by ancient custom (last used by Blessed Pope John XXIII on the Secretary of that time, Monsignor Alberto di Jorio in 1958) mark that the new Pope wants to bestow the red hat on the prelate. Hence, the elevation of Archbishop Baldisseri is pretty much certain.

3. Archbishop Gerhard Ludwig Muller, Prefect of the Congregation for the Doctrine of the Faith – 66

As the Prefect of a Congregation, and one as important as the Congregation for the Doctrine of the Faith once held by Cardinal Joseph Ratzinger before he was elected Pope Benedict XVI in 2005, Archbishop Gerhard Ludwig Muller is a certain candidate for the Cardinalate, and sure enough, he is one of the 19 appointed.

4. Archbishop Beniamino Stella, Prefect of the Congregation for Clergy – 72 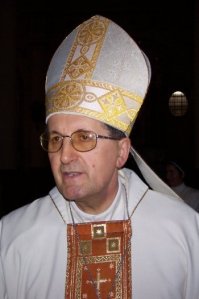 Similar with Archbishop Muller, as the Prefect of an important Roman Curia Congregation, Archbishop Stella is a certain candidate for the Cardinalate, and as a recent appointee by Pope Francis, this made his elevation very certain indeed. 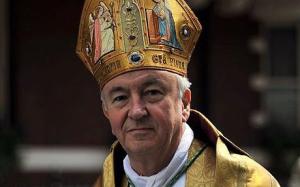 As his predecessor was made Cardinal in 1985, and had been 7 years as a non-elector, it was natural that Archbishop Solorzano is made a Cardinal, representing the Central American region. 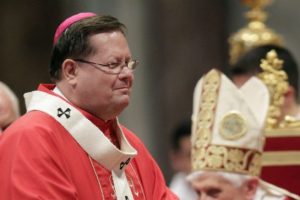 The second youngest of the newly appointed Cardinals, as the Primate of Canada by virtue of being the Prelate of Quebec, it is natural for Archbishop Lacroix to be appointed Cardinal. His predecessor, Cardinal Marc Ouellet, is the current Prefect of the Congregation for Bishops and was a leading papabili of the 2013 Papal Conclave.

With two of his immediate predecessors made Cardinals in 1983 and 2001 respectively, Archbishop Kutwa had a high chance of being appointed Cardinal. His appointment is a nod to the Church in Africa, a growing community of the faithful, one with the Universal Church. 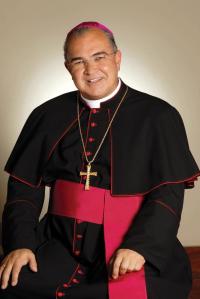 As the head of a Cardinalatial see, with all five of his immediate predecessors made Cardinals, and with the limelight gained from the 2013 World Youth Day in Rio de Janeiro, Archbishop Tempesta is a certain candidate for the Cardinalate. 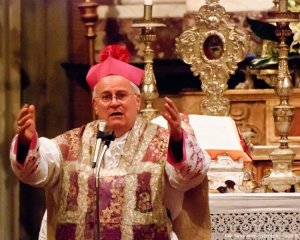 His long ago predecessor, Cardinal Vincenzo Gioacchino Pecci was elected Pope Leo XIII in 1878. Since then Perugia had had no Cardinal. This elevation of Archbishop Bassetti to the Cardinalate would honour the memory of Pope Leo XIII and give chance to other Italian Archdioceses to get the red hat besides the major, Cardinalate ones. Archbishop Bassetti is also known for his pastoral nature and hard work for his Archdiocese. 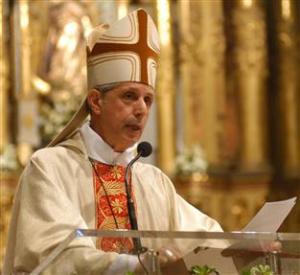 As the successor of Pope Francis as the Metropolitan Archbishop of Buenos Aires, Archbishop Poli is a natural and certain choice for the Cardinalate.

Among the three great Asian nations known for their Cardinals, namely Hong Kong (China), South Korea, and the Philippines, only South Korea at the moment has no Cardinal-elector. Hence, Archbishop Andrew Yeom is an almost confirmed choice for the Cardinalate, and indeed, he was chosen.

One of his predecessor was made Cardinal by Pope Paul VI in 1965, and therefore Archbishop Ouedraogo was a potential candidate for the Cardinalate for Africa region.

A rather suprising choice because Archbishop Quevedo is already 74 and therefore is just one year from the mandatory retirement age, although this may be extended towards 80, as was quite common in recent years among Asian Cardinals.

Geographically the choice made sense because the Philippines does deserve more Cardinals, and so far the Cardinalatial sees only cover the north (Manila) and central (Cebu) portions of the country. A Cardinal from the southern island of Mindanao is a good sign indeed.

The youngest of the newly appointed Cardinals, from a relatively less important diocese in the Caribbean region. This choice is a nod both to the plight of the people of Haiti after the earthquake that happened a few years earlier, as well as the rising importance of the region to the Universal Church.

There are three Cardinal non-electors (over the age of 80) appointed in this Consistory, usually for their great and long contribution and dedication to the Church :

The oldest of the newly appointed Cardinals at 98, likely the oldest person ever appointed a Cardinal. Archbishop Capovilla was renowned for being the long-time private secretary to Blessed Pope John XXIII.

As the aforementioned Pope will be canonised this coming April, it is an obvious nod to his memory that Archbishop Capovilla, coupled with his long and dedicated service, that he is made a Cardinal.

Another appointee for the Caribbean region, even though being over 80, it was rather honorary in nature, but nevertheless it was to highlight the importance of the New World in the Universal Church.

Here is my own list of the potential candidates for the Cardinalate, to receive the red biretta in the Consistory next month.

The final list is not yet known, and while some in this list may not be chosen, it is possible all of them are chosen, and there may be even names outside this list I have compiled too. Pray for them!

Cardinal Consistory of 22 February 2014 (Feast of the Chair of St. Peter)

1. Archbishop Pietro Parolin, Secretary of the Secretariat of State

2. Archbishop Beniamino Stella, Prefect of the Congregation for Clergy

3. Archbishop Gerhard Ludwig Muller, Prefect of the Congregation for the Doctrine of the Faith

4. Archbishop Lorenzo Baldisseri, Secretary General of the Synod of Bishops

17. Archbishop Salvatore Fisichella, President of the Pontifical Council for the Promotion of the New Evangelisation

18. Archbishop Vincenzo Paglia, President of the Pontifical Council for the Family