Dear brothers and sisters, just as November last year brought the Super Typhoon Haiyan (Yolanda) to the Philippines, which devastated many regions in Central Philippines and causing numerous death, displacement and sufferings, this month of December, we witness yet another Super Typhoon, Hagupit, on the same path as Haiyan and it has the potential to wreck even more damage and suffering to those who are still suffering from the effects of the last year Super Typhoon. 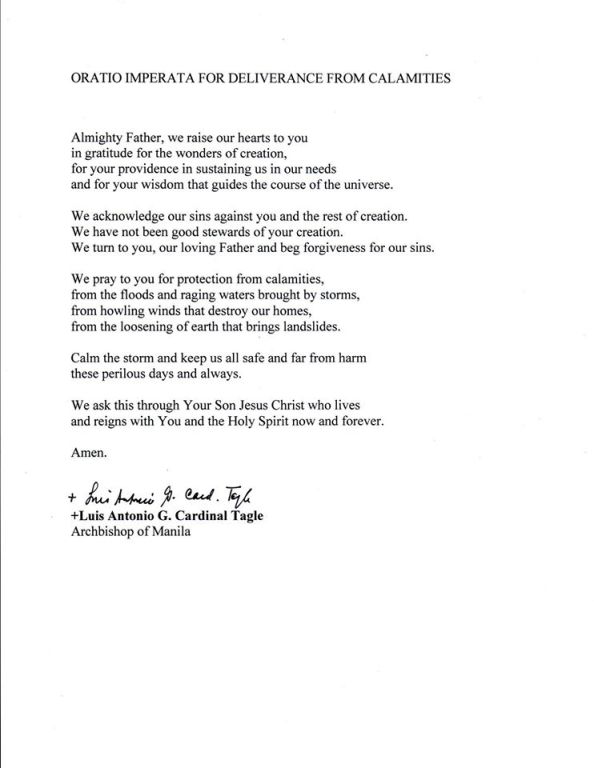 The above prayer is a prayer for deliverance from the calamities, especially from the typhoon as given by His Eminence Cardinal Luis Antonio Tagle, the Metropolitan Archbishop of Manila. Let us all pray together as one people and one Church of God, that the Lord may show His mercy and love on His beloved people, those suffering, in the Philippines and also in the other parts of the world.

Pray, brethren, pray and devote our wishes to the Lord!