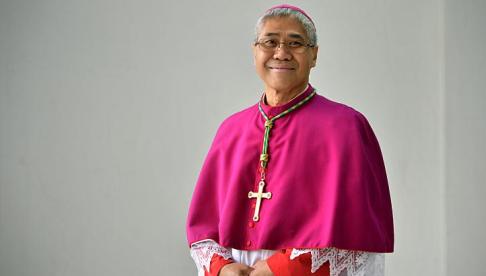 The new Archbishop of Singapore, Archbishop William Goh Seng Chye, having taken over officially on Saturday, 18 May 2013 after the Holy See accepted the resignation of the now Archbishop Emeritus Nicholas Chia Yeck Joo, will be installed at the cathedra of the Cathedral of the Good Shepherd, the mother church of the Church in Singapore.

Archbishop William Goh was the Coadjutor Archbishop of Singapore and being a coadjutor, in conjunction with the Code of the Canon Law, has the right to immediately succeed the Archbishop upon his resignation being accepted by the Holy See.

Details on the Mass :

Location : Cathedral of the Good Shepherd, ‘A’ Queen Street, Singapore

Meanwhile, Archbishop Emeritus Nicholas Chia will transfer his residence to the Catholic Spirituality Centre in Hougang, Singapore, where Archbishop William Goh had resided during his term as the Coadjutor Archbishop.

God bless our new Archbishop and we also pray for our Archbishop Emeritus, that in his retirement he will continue to do great works for the sake of the Lord.

As of today, Saturday, 18 May 2013, on the eve of the Pentecost Sunday, the Holy See and the Pope Francis has accepted the retirement of Archbishop Nicholas Chia, who will immediately become the Archbishop Emeritus of Singapore. This is in fulfillment of the Code of the Canon Law Can. 401§1, that all bishops upon reaching the age of 75 must tender their resignation to the Holy See, and the See will be empty once the resignation is accepted.

(Above : The now Archbishop Emeritus Nicholas Chia of Singapore)

Although today’s (18 May 2013) Vatican bollettino has yet to include this announcement of appointment, but as this news comes from the Apostolic Nunciature to Singapore, it is expected that by Monday, the bollettino will reflect this new change in the Church. 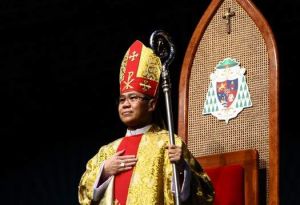 The installation Mass of the new Archbishop of Singapore is expected to be soon, to be held at the Cathedral of the Good Shepherd, which will also be soon closed for major renovation. 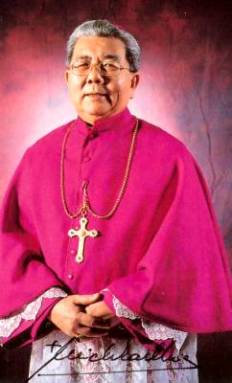 According to Canon Law 401, §1, all bishops must submit their resignation upon reaching the age of 75. Whether they will resign shortly or a while after the reached that age, depending on the decision of the Pope and the Congregation for Bishops, and whether the suitable candidate has been found.