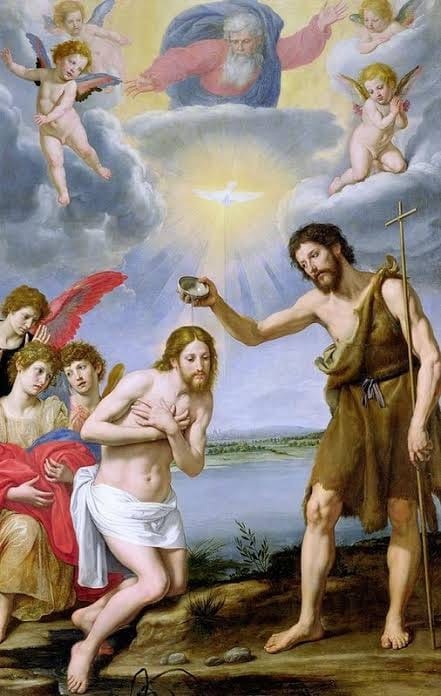 This is because, due to our nature, our pride very often stands in the way of salvation in God, as well as blocking the love of God from reaching us. When pride masters our hearts, it grows to arrogance, and a feeling of superiority that tends to shut out anything that points out our inadequacies and mistakes, because we tend to put ever more and more trust in our own strengths and abilities.

We must not therefore, be like the Pharisee, who basked in his own glory, and praising his own goodness. He even went on to look down upon those whom he considered to be not as good as him, particularly the tax collector. He thought of himself as being pious and saved, but in fact he is truly empty within him, and without God as the centre of his life.

In doing what he had done, the Pharisee had highlighted the pride he has in him, and how he gave in to that pride, and finally, in his prayers, he gave glory to himself and did not give glory to God. The Lord who sees all and knows all will give what the Pharisee and other people like him, what they deserved. They deserved neither praise nor honour, because in their pride, they gave no glory to God, and in a prayer full of hubris, they revealed the darkness of their souls.

Brethren, although Jesus used the example of the Pharisees to depict the bad seed in the society, in many different occasions and conditions, that is mainly because at that time, the Pharisees were well known for their very strict adherence to the laws of Moses, as well as the other, numerous Jewish laws and customs.

This is in fact good, as indeed, we all need to obey and follow God’s rules and laws. However, in the way that this was done by the Pharisees, they had not done what the Lord truly wanted them to do, and in fact, the Pharisees obeyed mostly the laws of men, that is the numerous rules, regulations, and rituals created by the people over many generations.

They have lost the understanding of the true meaning of the law of God, as well as how it should be implemented. They had become obsessed at the observation of the laws derived from the true law, that they did those rules without true understanding of why they did so. Even worse, as the leaders of the people and role model of the people, they have misguided the people of God, and also exploited them, by imposing on them the crushing weight of such rules and regulations.

What the Lord truly wants from us, His children, is the love and dedication that we can give Him, genuinely and sincerely, from the depth of our hearts. This kind of love is not easy for us to achieve, as it means the total giving of ourselves, the opening of our hearts to the Lord and His love. In the same way, the Lord also wants us to love one another just as we have loved ourselves, and just as we have loved Him. These are the essence of the true desire of the Lord for us, through which He guided us via His laws and commandments.

And yet, it is this tax collector who are more capable of understanding his own sins, being in greater realisation of the faults he had committed. As I would like to highlight again what the late, saintly Archbishop Fulton J. Sheen had said, that the greater the sin one has, the closer is one to the throne of mercy. The darker one’s sins are, the more shame they should experience before the Lord their God.

Yet, the problem lies in that, many of us today are desensitised to sin. We are no longer feeling that shame whenever we commit sinful deeds. We instead even find sin to be good things and things that we enjoy. Hence we begin our path to downfall, by not realising the gravity of our sinfulness, and putting our pride ahead of us. In essence, we are becoming more and more like the Pharisee instead of the remorseful tax collector.

Dear brothers and sisters in Christ, lastly, the Lord also taught us the importance of prayer through the same parable, that we ought to pray, but not just any prayer. A prayer that is truly genuine and from the heart, made in complete submission to the will of God, and also complete willingness to listen to the word of God being spoken in our hearts.

Prayer is not just about us talking all the time, and neither it is a litany of demands and wishes for us to send to the Lord. Instead, a prayer is ought to be how it is intended, that is as a two-way communication channel between us and the Lord. That is what prayer truly is, brothers and sisters! Talk less and listen more! The Lord who knows all certainly knows what we truly need. It is often that what we desire is not what we need. In our greed it is likely for us to desire even things that we do not truly need.

Therefore, brothers and sisters, today all of us are called to a life of greater holiness, deeper spirituality, and greater commitment to the Lord. We need a deeper faith, a healthier prayer life, and ultimately, greater dedication and love for our fellow mankind, and especially, for the Lord Himself. May we grow ever stronger in our faith, our hope and love in God. God bless us all. Amen.