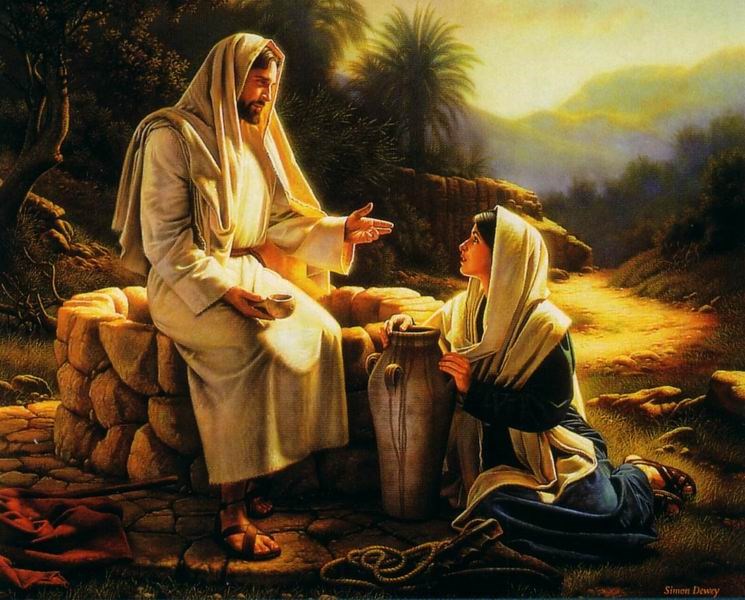 Dear brothers and sisters in Christ, on this day, the Good Friday, together the entire Church celebrate the moment when the Lord Jesus Christ, Our God and Our Saviour, suffered and took up His cross, and willingly be crucified on that cross to His death at Calvary. This day is indeed truly ‘Good’ because it is the day when our salvation has come, coming unto us from the cross of Christ.

The Lord Jesus was condemned to death and He was forced to take up His cross, a punishment for sins and for mistakes that He Himself had not done. It was the hatred, the enmity and the jealousy of the Pharisees, the Sanhedrin and the chief priests that had condemned the Lord to death on the cross. But the Lord accepted it willingly, though He did agonise over it, in His humanity, at the Garden of Gethsemane just before He was betrayed and arrested.

It was painful for the Lord to endure His cross and to bear it up to Calvary, because the burden of the cross is not just the weight of the physical wooden cross itself, already considerable due to its large size, and it is not just the distance which Jesus had to travel from the Praetorium in which He was condemned to death in the midst of Jerusalem towards the hill of Golgotha outside the city of Jerusalem.

No, the main reason why He suffered is because of our sins, all the faults and mistakes we have committed. We should have been punished for this, and we should have been cast into hell for eternity, but the Lord loves each and every one of us, for He has created us all out of strong and pure love, and surely He does not want any of us to perish because of our sins and disobedience.

Hence, He chose voluntarily to bear all the burdens of those sins and took it up upon Himself. We may think that such a feat is impossible, but remember, brethren, that what seems to be impossible for men, is completely possible for God. And God chose to bear our sins, weighing Him down on the cross, and also all the pains and sufferings He had to bear. All the lashes and wounds, all the cuts and slashes, all the spittle and all the humiliation He had to bear, all these are due to our sins.

When His accusers assailed Him and when the burdens of our sins crushed down upon Him, He accepted all of them quietly, as mentioned in the Scriptures, like that of a lamb waiting to be slaughtered for sacrifice. He gave Himself on the Altar of Calvary to be the Paschal Lamb, to be sacrificed for all of us, for the redemption of our sins. He brought all of our sins to the cross, and there, as the sacrifices of old, He poured down His own Blood, to seal a new Covenant between God and us, reconciling us with Our loving God and Creator.

That is just how much He loved us all, brothers and sisters, that He was willing to endure all of that, so that by His suffering and death, all of us who believe in Him may live. We all may think that the Lord remained on the cross because He was nailed to it, even when the people mocked Him to come down from the cross and save Himself. The teachers of the Law and the chief priests mocked Him, calling on Him to show a miracle by freeing Himself and coming down from the cross, that they might believe in Him.

Why did Jesus not come down from the cross? Certainly, He is God, and He is perfectly capable of doing so. But the words of the people who mocked Him, and the voices of the Pharisees, the chief priests and the elders were the voices of the devil, and all of his fallen angels and demons. Just as the devil tempted the Lord Jesus in the desert at the start of His ministry, then, at the very end of His earthly ministry, Satan tempted Jesus to abandon His mission and come down from the cross.

Who would not want to save himself or herself? Who would not want to be relieved from a great pain, inconvenience and suffering? We mankind have always been selfish by nature, and certainly we are tempted to put our own needs, desires and wants ahead of that of others. But that was not what the Lord Jesus had done. Despite all the pain He suffered, all the painful wounds He had to endure, all the blasphemy and all the insults He had to listen to, and the painful wounds of the nails that were hammered into His hands and feet, He persevered on.

For whose sake did He do all these? For all of us. It was not the nails that bound Christ fast to the cross, but it was the love He had for each and every one of us. It was His love that enabled Him to bear such a great burden and such an unbearable amount of pain. As huge and massive as our combined burden of sins are, even much greater is the love that God has for each and every one of us.

That, is what we need to realise when we look upon He Who is crucified on the cross, He Who died for us on Good Friday, the day when God Himself, Who took up the existence of Man, laid down His life, to save His beloved people. Have we appreciated the love that He has for each one of us? This is what we need to reflect on, as we remember His suffering and death today, on Good Friday.

Brothers and sisters in Christ, as Christians, all of us are called to follow in the example of Christ. If the Lord Himself has shown such great love and concern for each and every one of us, and if He has been so merciful and forgiving towards us, granting us opportunities after opportunities, and chances after chances for us to be reconciled with Him, even to endure such great pain on the cross for that purpose.

Then, naturally, as Christians, we must also show the same love to one another. After all, God loves each one of us equally. He even forgave all of His enemies, and all those who have condemned Him to death on the cross. He prayed to the Father, that He would not hold them accountable for the sin they have committed for condemning Him to death, because of their ignorance and inability to see and understand the truth.

Yet, sadly, we see in many occasions around us, how we Christians act in the most un-Christian manner. We often gossip about each other and we often slander and seek to harm one another, either physically or mentally. We often bicker over worldly matters and we become jealous and covetous when we do not get or have what others possess. In the end, our actions and deeds, and even our words cause hurt and pain in others.

Remember, brothers and sisters in Christ, our actions that cause harm upon others are sin before God, and as we have just discussed earlier, it is the same sin that the Lord Jesus bore upon His cross for our sake. How can we call ourselves as Christians if our actions are contrary to what God has done and what He has shown us and called us to do?

Brothers and sisters in Christ, as we move on from today’s remembrance of Christ’s sacrifice on the cross to His glorious resurrection on Easter Sunday, let us all renew our commitment before Lord crucified, that from now on, we will no longer live our lives with selfishness, ego, anger, and all sorts of negativities that had plagued our lives in the past. Instead, let us all love Him and love one another, just as He has shown us His ultimate love with the cross.

May the Lord, crucified for us this day, be the source of our strength and inspiration, that we may continue to live our lives in His footsteps, devoting ourselves at all times to serve Him wholeheartedly. May the Lord be with us all, and may He bless all of our actions. Amen.