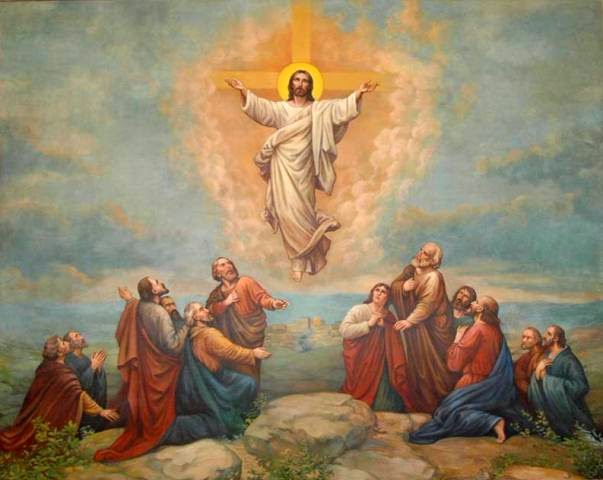 Dear brothers and sisters in Christ, today we remind ourselves with the help of the readings of the Scripture of the path that we ought to take as we proceed forward in life. We are reminded that we have been given the free will and the opportunities to choose the path we are to take in life, to choose between God’s righteousness and virtues, or that of evil and wickedness, sin and the falsehoods of the devil, all of his false and empty promises.

In our first reading today taken from the Book of Deuteronomy, Moses the leader of the Israelites during their Exodus from Egypt after having revealed the Law and commandments of God that he has received from the Lord, presented to the elders and all the people of Israel, the choice between following what is right and just according to the Law, or to continue to be disobedient and walking down their own paths, in opposition against God.

Moses made it known to all of the people that their actions and choices would be held against them, and if they so chose to disobey and walk the path of sin and disobedience then they would not be part of the glorious inheritance and blessings that the Lord has intended for all of His faithful people. The Lord will bless those who have chosen His path, and those who have not, He will still call them to Himself and attempt to bring over to Him.

However, if they constantly and consistently refuse to believe in Him, then it was by their own conscience and by their own choice that they have chosen their lot among those condemned and rejected, for it was themselves who rejected God and His most generous and loving kindness towards us. We have to choose between God and the world, between Him and the temptations of wealth, glory and human desires.

In our Gospel today, we heard the Lord making His point before His disciples, saying that He Himself would suffer at the hands of those who refused to believe in Him, and He, the Son of Man, would be persecuted and crushed for the sins of mankind, condemned to die on the Cross and through His death, bring about the salvation of all mankind through His resurrection.

And the Lord said that in order to be His followers, they would have to deny themselves, pick up their crosses and follow Him wholeheartedly, or otherwise, they could not become His true disciples. He pointed to them the same choice that Moses had presented before the whole assembly of Israel, the choice between following God and following their own human ambitions, desires, pride, ego and all the temptations present in the world.

As Christians all of us are called to heed this call, and realise this choice which we have to make, in choosing between following and obeying God or to follow the whims of our desires and all the temptations present around us. Are we willing to commit ourselves to the Lord, brothers and sisters in Christ? Are we willing to make the effort and give the necessary contributions and sacrifices to be good and faithful Christians?

Brothers and sisters in Christ, let us all spend time to discern these and how we are to lead a more wholesome and faithful Christian living from now on. Let us all make good use of this season of Lent to redirect our lives and actions, to change our lives for the better and to dedicate ourselves from now on for the greater glory of God, and being good examples in life, to show what it truly means to be Christians, in living up our faith, and in picking up our crosses and follow the Lord.

May God be with us always and may He strengthen us with conviction and courage that all of us may come to stand up for our faith, and be filled with genuine desire of love for the Lord and our fellow brothers and sisters from now on. Amen.

At that time, Jesus said to His disciples, “The Son of Man must suffer many things. He will be rejected by the elders and chief priests and teachers of the Law, and be put to death. Then after three days He will be raised to life.”

Jesus also said to all the people, “If you wish to be a follower of Mine, deny yourself and take up your cross each day, and follow Me! For if you choose to save your life, you will lose it; but if you lose your life for My sake, you will save it. What does it profit you to gain the whole world, if you destroy or damage yourself?”

Blessed is the man who does not go where the wicked gather, or stand in the way of sinners, or sit where the scoffers sit! Instead, he finds delight in the Law of YHVH and meditates day and night on His commandments.

He is like a tree beside a brook producing its fruit in due season, its leaves never withering. Everything he does is a success.

See, I set before you on this day life and good, evil and death. I command you to love YHVH, your God and follow His ways. Observe His commandments, His norms and His laws, and you will live and increase, and YHVH will give you His blessing in the land you are going to possess.

But if your heart turns away and does not listen, if you are drawn away and bow before other gods to serve them, I declare on this day that you shall perish. You shall not last in the land you are going to occupy on the other side of the Jordan.

Let the heavens and the earth listen, that they may be witnesses against you. I have set before you life and death, blessing and curse. Therefore, choose life that you and your descendants may live, loving YHVH, listening to His voice, and being one with Him. In this life for you and length of days in the land which YHVH swore to give to your ancestors, to Abraham, Isaac and Jacob.