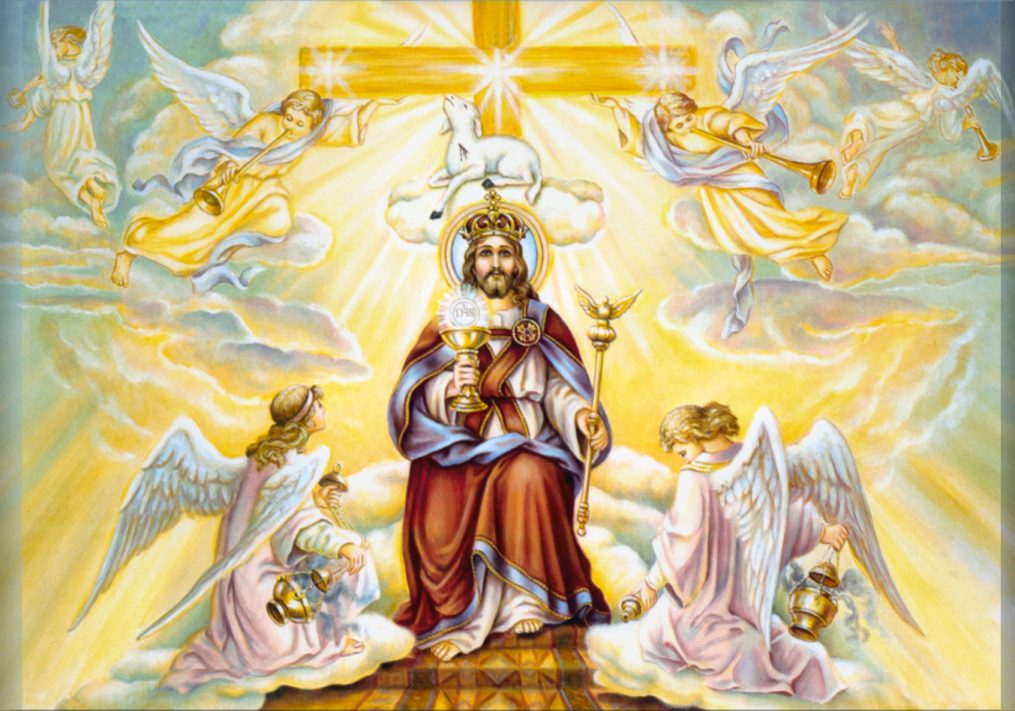 Dear brothers and sisters in Christ, today as we listened to the words of the Scriptures, we are all reminded to be righteous in all of our actions and deeds, in each and every moments of our lives. We have to be humble and attuned to our sins and faults, all the wickedness we have committed, and endeavour to overcome them, replacing them instead with righteousness and virtue. We are reminded to turn away from sin and to embrace God’s path, His love and grace.

In our first reading today, taken from the Book of the prophet Isaiah, we heard the words of the Lord speaking clearly to His people through Isaiah calling on all of them to remember what they are meant to be as the chosen people of God, as those whom God had called to follow Him and to be role models for all of the other people of this world. They were all reminded of the fates of the wicked, all those who have not obeyed the Lord’s will and committed sins against Him. Hence, that was why Sodom and Gomorrah were mentioned, the fate of those two cities destroyed because of the sins of its people.

At that time, the people of Judah had seen what happened to the northern kingdom of Israel, the ten tribes that rebelled against the House of David and which for most of its history, rebelled against God as well. The northern kingdom had been overcome, overthrown and conquered by the Assyrians, who crushed their kingdom and cities, destroyed their capital of Samaria and brought off the entire people into exile in far-off Mesopotamia, in exile away from their homeland. This was the fate of those who had disobeyed the Lord, persecuted His prophets and refused to believe in Him.

The same fate would be faced by the people of Judah as well, in due time, as after the time of the prophet Isaiah, the people fell again into sin after a brief return to the way of the Lord, and they would abandon and betray Him, resulting in them also losing their kingdom, their homeland, defeated and humiliated, crushed and conquered by the Babylonians, and brought in shame to exile in the far-off lands of Babylon and beyond, sharing in the fate of those who have disobeyed God earlier on.

Yet, God has always been full of mercy and compassion for His people, and just as He has patiently loved all of them for a long time, despite all that they had done to Him, in abandoning and rejecting Him, the Lord still wanted them all to be reconciled to Him, and He called on them all to return to Him, being penitent and humble, willing to abandon their old ways of sin and evil, and embrace the new path of life that God has shown us, the virtuous and righteous way of life that God has presented and taught to us.

In our Gospel passage today, we heard the Lord speaking to the people regarding the pride and hubris of the elders and the leaders of the people of God, the Pharisees and the teachers of the Law, all those who were greatly respected in the community for their intellect, guardianship over the Law and the community, and which they then reciprocated with great arrogance and hubris, as they demanded a lot of honour and respect, to be treated with favour and given glory and fame.

That was exactly why many people failed to return to the Lord and remained in rebellion and disobedience against Him. It was the sin of pride, of ego and hubris that had brought many people down into sin, and they were the same ones that had kept people sinning again and again, and falling deeper and deeper into the path of sin and evil. This is why, as Christians, all of us are called to resist these temptations of our pride, ego, our hubris and ambition, all these desires we have for power and worldly glory, for wealth and fame among other things.

Therefore, let us all make great use of this Lenten season to be the good members of the Church and the Christian community. Let us all turn towards the Lord with renewed faith and commit ourselves in each and every moments of our lives, from now on, to face the world with the sight of faith, with the determination to carry on living our lives with genuine faith and trust in the Lord, living our every moments with courage and hope, as great role models of God’s path amidst our fellow brothers and sisters. May God bless us all and may He empower us all to live ever more courageously in His presence, now and always. Amen.