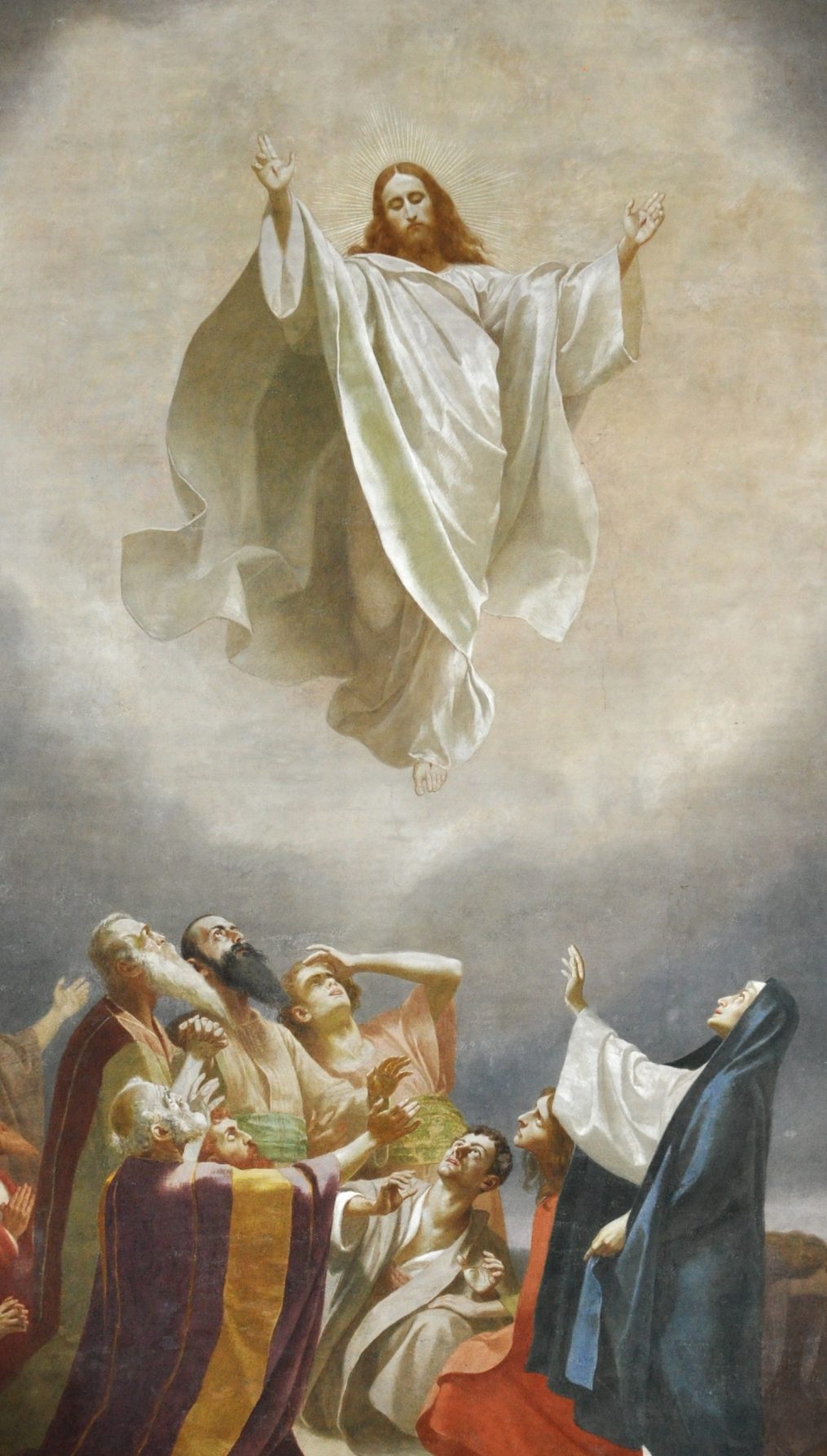 At that time, Jesus then crossed to the other side of the lake; and while He was still on the shore, a large crowd gathered around Him. Jairus, an official of the synagogue, came up and, seeing Jesus, threw himself at His feet; and begged Him earnestly, “My little daughter is at the point of death. Come and lay Your hands on her, so that she may get well and live.”

Jesus went with him, and many people followed, pressing around Him. Among the crowd was a woman who had suffered from bleeding for twelve years. She had suffered a lot at the hands of many doctors and had spent everything she had, but instead of getting better, she was worse. Because she had heard about Jesus, this woman came up behind Him and touched His cloak, thinking, “If I just touch His clothing, I shall get well.”

Her flow of blood dried up at once, and she felt in her body that she was healed of her complaint. But Jesus was conscious that healing power had gone out from Him, so He turned around in the crowd, and asked, “Who touched My clothes?” His disciples answered, “You see how the people are crowding around You. Why do You ask who touched You?”

But He kept looking around to see who had done it. Then the woman, aware of what had happened, came forward, trembling and afraid. She knelt before Him, and told Him the whole truth. Then Jesus said to her, “Daughter, your faith has saved you. Go in peace and be free of this illness.”

While Jesus was still speaking, some people arrived from the official’s house to inform him, “Your daughter is dead. Why trouble the Master any further?” But Jesus ignored what they said, and told the official, “Do not fear, just believe.” And He allowed no one to follow Him except Peter, James and John, the brother of James.

When they arrived at the house, Jesus saw a great commotion, with people weeping and wailing loudly. Jesus entered, and said to them, “Why all this commotion and weeping? The child is not dead, but asleep.” They laughed at Him. So Jesus sent them outside, and went with the child’s father and mother and His companions into the room, where the child lay.

Taking her by the hand, He said to her, “Talitha kumi!” which means, “Little girl, get up!” The girl got up at once and began to walk around. (She was twelve years old.) The parents were amazed, greatly amazed. Jesus strictly ordered them not to let anyone know about it; and He told them to give her something to eat.

At that time, Jesus and His disciples arrived at the other side of the lake, in the region of the Gerasenes. No sooner did Jesus leave the boat than He was met by a man with evil spirits, who had come from the tombs. The man lived among the tombs, and no one could restrain him, even with a chain.

He had often been bound with fetters and chains; but he would pull the chains apart and smash the fetters; and no one had the strength to control him. Night and day he stayed among the tombs on the hillsides, and was continually screaming, and beating himself with stones.

When he saw Jesus from afar, he ran and fell at His feet, and cried with a loud voice, “What do You want with me, Jesus, Son of the Most High God? For God’s sake, I beg You, do not torment me!” He said this, because Jesus had commanded, “Evil spirit, come out of the man!”

When Jesus asked the evil spirit, “What is your name?” It replied, “Legion is my name, for we are many.” And it kept begging Jesus, not to send them out of that region. Now a great herd of pigs was feeding on the hillside, and the evil spirits begged Him, “Send us to the pigs, and let us go into them.”

So Jesus let them go. The evil spirits came out of the man and went into the pigs; and immediately, the herd rushed down the cliff; and all were drowned in the lake. The herdsmen fled, and reported this in the town and in the countryside. So all the people came to see what had happened.

They came to Jesus, and saw the man freed of the evil spirits, sitting there, clothed and in his right mind; the same man who had been possessed by the legion. They were afraid. And when those who had seen it, told what had happened to the man and to the pigs, the people begged Jesus to leave their neighbourhood.

When Jesus was getting into the boat, the man, who had been possessed, begged to stay with Him. Jesus would not let him, and said, “Go home to your people, and tell them how much the Lord has done for you, and how He has had mercy on you.”

So he went throughout the country of Decapolis, telling everyone how much Jesus had done for him; and all the people were astonished.

But the fruit of the Spirit is charity, joy and peace, patience, understanding of others, kindness and fidelity, gentleness and self-control. For such things there is no Law or punishment. Those who belong to Christ have crucified the flesh with its vices and desires.

If we live by the Spirit, let us live in a spiritual way.

﻿Christ freed us to make us really free. So remain firm and do not submit again to the yoke of slavery. I, Paul, say this to you : if you receive circumcision, Christ can no longer help you. Once more I say to whoever receives circumcision : you are now bound to keep the whole Law.

All you who pretend to become righteous through the observance of the Law have separated yourselves from Christ and have fallen away from grace. As for us, through the Spirit and faith, we eagerly wait for the hope of righteousness. In Christ Jesus it is irrelevant whether we be circumcised or not; what matters is faith working through love.

Therefore, put to death what is earthly in your life, that is immorality, impurity, inordinate passions, wicked desires and greed which is a way of worshipping idols. Do not lie to one another. You have been stripped of the old self and its way of thinking to put on the new, which is being renewed and is to reach perfect knowledge and the likeness of its Creator.

There is no room for distinction between Greek or Jew, circumcised or uncircumcised, barbarian, foreigner, slave or free, but Christ is all and in all.

At that time, Jesus said to Nicodemus, “You must be born again from above. The wind blows where it pleases and you hear its sound, but you do not know where it comes from or where it is going. It is like that with everyone who is born of the Spirit.”

Nicodemus asked again, “How can this be?” And Jesus answered, “You are a teacher in Israel, and you do not know these things? Truly, I say to you, We speak of what We know and We witness to the things We have seen, but you do not accept Our testimony. If you do not believe when I speak of earthly things, what then, when I speak to you of heavenly things? No one has ever gone up to heaven except the One who came from heaven, the Son of Man.”

“As Moses lifted up the serpent in the desert, so must the Son of Man be lifted up, so that whoever believes in Him may have eternal life.”

Would that I hear God’s proclamation, that He promise peace to His people, His saints – lest they come back to their folly. Yet His salvation is near to those who fear Him, and His Glory will dwell in our land.

Love and faithfulness have met; righteousness and peace have embraced. Faithfulness will reach up from the earth while justice bends down from heaven.

The Lord will give what is good, and our land will yield its fruit. Justice will go before Him, and peace will follow along His path.