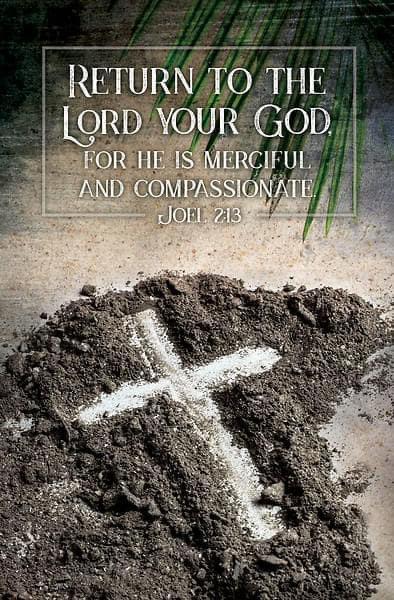 Dear brothers and sisters in Christ, on this Sunday, the Fifth Sunday in the season of Easter, all of us are called as Christians to turn our focus on Christ, our Lord and Saviour, to put our faith and trust fully in Him as our Master and to entrust ourselves in His providence, for the love and mercy He has shown each and every one of us. The Lord has shown us His ultimate proof of love and commitment, through the gift of His Son to be our Saviour. By His suffering, crucifixion and death, Jesus has delivered us all from the certainty of death and destruction.

Everything has been revealed to us through Christ and His disciples, as He Himself revealed it all before His Apostles and disciples throughout His ministry, and therefore from them, the truth has been passed on through the Church and the faithful for countless generations and finally the same truth has also been handed down to us, as the faith we all now believe in. We all believe in the same faith that the Apostles themselves believed, that Jesus Christ is the Messiah or the Saviour Whom God has sent into the world, and that He is also the Divine Son of God, incarnate in the flesh as the Son of Man.

But as we can see, the disciples themselves were not able to fully comprehend at first all that they have heard and witnessed from the Lord and His actions, and as shown by St. Philip the Apostle, many among the disciples did not yet fully comprehend and appreciate the fact that the One Who had been with them all the while, was none other than One of the Holy Trinity Himself, God incarnate in the flesh. That was why St. Philip, who was in fact one of the most intelligent and educated among the Apostles asked the Lord to ‘show them the Father’, to the Lord’s dismay.

St. Thomas, ever the doubter and the last to believe, also showed his lack of faith, even saying things like ‘we do not know even where You are going’, as a clear sign that he did not really have a strong faith in his heart, and he was not committed to the Lord. And we also should remember how the same Apostles also abandoned the Lord in fear when He was arrested, even after all of them had just promised Him in the Last Supper of their faith and fidelity, with St. Peter even saying that he would readily give his life for Him.

Yet, this was before they were given the help from the Advocate, as the Lord promised His disciples that He would send them the Holy Spirit, the Advocate, Who would give them wisdom, courage and strength, as well as the guidance in what they ought to do in carrying out His commandments and His will. The Holy Spirit descended on the Apostles and the disciples on the day of the Pentecost, fifty days after the Resurrection of the Lord and ten days after He had ascended into Heaven.

With the gift and help of the Holy Spirit, the Apostles and the disciples carried out and fulfilled what the Lord Himself had told them, that they would do works even far greater than what He had done in His brief earthly ministry. He has commanded all of them with His Great Commission to go forth to the nations and baptise them all in the Name of the Father, the Son and the Holy Spirit, before He ascended to Heaven, that while He ascended and they could not see Him anymore, but He would always still be with them, and He would guide them to do whatever He has commanded them to do.

The Lord helped and strengthened them, and they began the foundation of the Church, with more than three thousand people being baptised on the Pentecost alone, and many more came to believe in the Lord through whatever the Apostles had done, in their courageous preaching and testimony of faith, in the miracles they have done in the Name of the Lord, among many others. And as the community of Christians across Judea, Jerusalem and other places grew, so did the Church and its supporting structures.

That was why in our first reading today from the Acts of the Apostles, we heard of the institution of the Holy Order of the Diaconate, as the Apostles appointed seven holy and devout men to be the first Seven Holy Deacons of the Church. And the most renowned among them was St. Stephen, who would later on became the very first martyr of the Church, as described in detail in the same Acts of the Apostles. St. Stephen defended his faith vigorously and with devotion when he was faced with bitter opposition and false accusation by the enemies of the Church, and died a martyr.

The Holy Spirit gave St. Stephen great wisdom and courage that stunned even his most ardent and stubborn enemies, as they could probably not believe the courage that this deacon had shown when he was alone facing all of those who were crying out for his death. And the same happened to the other Apostles as well, as they carried out their missions with great joy and dedication, suffering and dying in martyrdom in distant lands in various occasions. The only Apostle to die of old age, St. John the Apostle himself endured many trials, sufferings and prisons all throughout his years of ministry.

Brothers and sisters in Christ, on this day all of us are called to remember the great courage of the Apostles, as well as that of St. Stephen and the many other saints and martyrs of the Church. Many of them were simple, regular people, and many among the Apostles were poor people, uneducated and unknown, ordinary and as we have discussed earlier, had lots of fear and doubt, and unable to commit themselves. But they turned to the Lord, put their faith in Him and chose to follow Him wholeheartedly even though at first they were unsure, doubtful and afraid.

In turn, the Lord strengthened them, gave them great wisdom and courage, helping them to persevere through the challenges each of them had to face. When we heard all the amazing stories of faith and the dedication of the many martyrs of the Church, they all showed courage and fearlessness even in the midst of suffering and death, and many among them still did what they could to do the will of God and show their faith to convince others to also believe in God.

Brothers and sisters in Christ, all of these were possible because they all trusted God and put Him at the centre of their lives and existence, trusting Him to guide their lives and their path, and they had therefore that genuine faith which all of us Christians should also have in our own lives. However, the sad truth and reality is that so many of us have been lukewarm in our faith, and many of us have treated the Lord as One Who is distant and to be sidelined. We only remember God when we are in great need, and when we do not need Him, we leave Him behind and continue with our own worldly concerns and works.

We have become too preoccupied with many worldly and materialistic concerns and thoughts, and we have no time or attention to be spared for the Lord as we should have. When we need Him is the only time we actually remember Him, and we demand Him to quickly come and intervene for our sake and benefit, and when we do not get what we want, we often become angry with God and abandon Him ever the more. This is not what we should be doing, brothers and sisters in Christ.

On this day, we are all thus called to remember the examples of the early Christians, as well as the many holy saints and martyrs who had given their all to the Lord, who have put their trust in God and dedicated themselves to God. We are called to see how the Apostles and those whom the Lord had called to be His followers, had been transformed from a people filled with fear and uncertainties, with doubts and infidelities, with sin and darkness in them, into people who are truly belonging to the Light of Christ, virtuous and exemplary in their piety and courage.

Brothers and sisters in Christ, let us all realise that God can transform each and every one of us in the same manner, and indeed, we are called to walk in the same path that the Apostles and the saints and martyrs of the Lord had walked on, and we are called to continue the mission which He has entrusted to us all, His beloved people and Church. He has sent us all to go forth to the people of all the nations, to proclaim His truth and salvation to everyone, that more and more may come to believe in Him and have eternal life.

Let us all pray to the Lord today, that He will continue to guide us and strengthen us with the Holy Spirit, that with His wisdom and encouragement, we will be drawn ever closer to His presence and that we will be able to dedicate ourselves to do whatever we can in our capacity and respective areas of responsibilities, in our communities and in our families and among our friends, to be the bearers of the Good News of God and the witnesses of His truth and resurrection by our own good examples and faithful life.

Let us all be the beacons of light and hope for our fellow brothers and sisters in Christ especially during these few weeks and months when there are so many people out there who are troubled and without hope, who are in difficulties and who have encountered even personal tragedies and troubles. Let us bear God’s light and hope to them and share our hope, faitu and joy with one another, that we will endure these together with God. May God bless us always, now and forevermore. Amen.