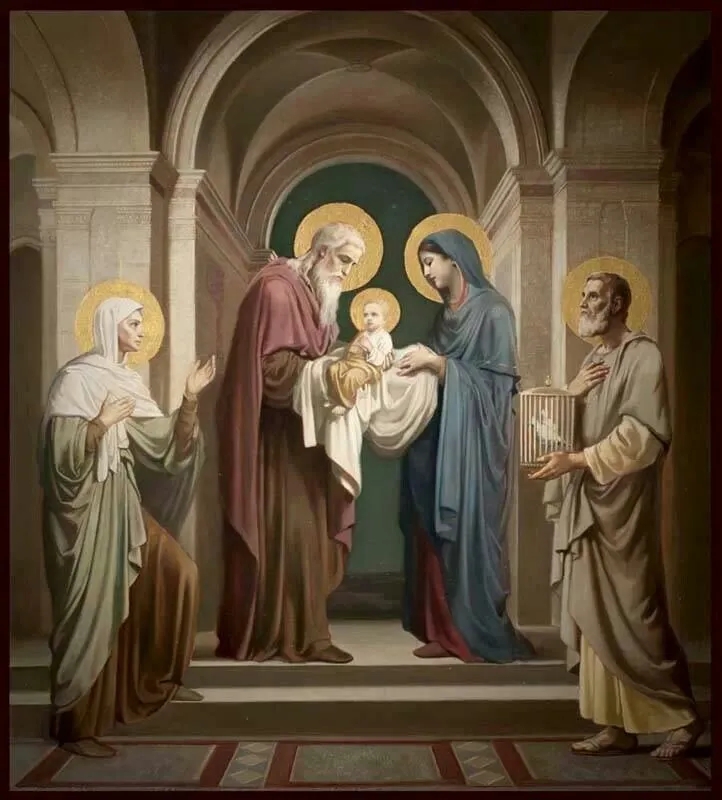 Dear brothers and sisters in Christ, through what we have heard in our Scripture passages this Sunday, all of us are reminded of the Law and the commandments that God had put in place and revealed to us. He has taught us His Law and commandments so that through them we may learn how to be true Christians, in all things. Through what we have heard today, we are all reminded to live our lives as genuine Christians should, in devoting and spending our time and effort to act in the manner that the Law of God has shown us, and not merely paying lip service or being outwardly pious and yet, deep inside, we do not have a firm and living faith within us.

In our first reading today, we heard from the Book of Deuteronomy, the words of the Lord reminding His people during the time of the Exodus, at that moment when they were still on the journey towards the Promised Land. The Lord told them all through Moses that they all ought to obey the Law and the commandments that He had given them, and they ought to be faithful and to observe what He has revealed and taught to us. At that occasion, the Lord also proclaimed that His Law is not something that is too difficult or impossible to be accomplished, and in a prophetic way, mentioned how the Law has been brought to them, dwelling in their midst, and would later on come even closer to them, through the One Who came down from Heaven.

The Lord back then mentioned to the people that there was no need for anyone to go to Heaven or to reach out to Him, for everything had been provided for them, and the Word of God has dwelled among them. For truly, the Law of God as passed down through Moses is itself a part of the Word of God, which Moses revealed to the people. However, it was not just that, for later on, as we all know that the Word of God has become incarnate in flesh, descending into our midst and dwelling amongst us as one of us, taking up our human nature and appearance, in our Lord Jesus Christ, the Saviour of the world.

And it was through Christ our Lord that the Law is revealed to us all in its full meaning and purpose, and He revealed to us what the Law is truly all about, what the commandments of God were meant to do for us. Those commandments were meant to help us to learn more on how to love God and to love one another, to grow ever more worthy and to lead a more righteous and holy life and existence so that we may grow ever closer to God, and we may find our way to do His will and obey His commandments and laws in each and every moments of our lives, not merely paying lip service or being outwardly pious, but truly and genuinely filled with righteousness, virtues and love for God and our fellow men.

That was essentially what the Lord mentioned in what we have as our Gospel passage today, regarding the interaction between Him and one teacher of the Law who asked the Lord about who would gain eternal life and how to gain it. The Lord pointed out exactly to the same Law of God, which the teacher of the Law was surely very familiar with. The teacher summarised the whole Law, in what the Lord Himself also mentioned, that the Law is about loving God with all of our strength, might and capacity, and then loving one another in the same manner, showing that love at all opportunities.

It was also then that the Lord told the teacher of the Law what it means to love and to show that love to one’s fellow brethren. Through the well-known parable of the Good Samaritan, which I am sure we are well aware of, the Lord presented the story of a man from Jericho who was beset with robbers who left him almost dead. Then we heard of the three men who came to the place, beginning with a priest and then a Levite, followed by a Samaritan. Among the Jewish people and society, the first two men occupied a very high and respected place among them, as those were the ones whom God had called to be His priests and servants, sanctified and dedicated to God.

On the other hand, the Samaritans were those who lived in the region of Samaria, the old capital of the northern kingdom of Israel, north of Jerusalem and Judea. That region was occupied by a mixture of peoples, descendants of the Israelite remnants and other foreigners that were brought in to replace those whom the Assyrians had exiled during their conquest of Israel and Samaria. Those people had their own customs and traditions, different from the descendants of the Israelites in Judea. As such, the Jewish people and society tended to have a very negative and even hostile opinion on the Samaritans, whom they saw as heretics and pagans.

Hence, it would be indeed most impactful hearing how those two respected men, the priest and the Levite just passed the injured man by and leaving him behind, while the often reviled and hated Samaritan was the one who stopped by and helped the injured man. Not only that the Good Samaritan helped the man, but he even provided for the injured man everything he needed to recover fully, and promised the innkeeper to return and to provide more for the injured man should he have the need for it. The Good Samaritan went the extra mile not only for someone he did not know, but presumably for one belonging to the people who had always hated and despised him and his people, the Samaritans all those while.

And that, brothers and sisters in Christ, is what the Lord told the teacher of the Law and all of us about what true Christian love and obedience to the Law is all about. One cannot be true Christians if he or she had not placed himself or herself after the Lord and that of his or her other fellow brothers and sisters. In this world today, there are plenty of unfaithfulness and wickedness because mankind put themselves before God and others, putting their own selfishness, ego and pride, their desires and greed ahead of the love they ought to have for God and for their fellow brethren. That is how we have caused so much wickedness in this world to happen.

When they begin to seek to advance their own glory and achievements, that would be when man begin to persecute and inflict suffering on others, or that like the priest and the Levite in the story of the Good Samaritan, they ignore the plight and suffering of others. And some even feed on and grow fat and happy on the exploitation of the poor and the marginalised, those who are unable to defend themselves, those who are vulnerable and weak, and all those who have no means to protest against the exploitations done on them. As Christians, all of us are called to heed on the good examples of the Good Samaritan, and not only that but also that of the Lord Himself.

For the Lord Jesus Himself acted in the same manner as the Good Samaritan. Although each and every one of us have often been disobedient to Him, treated Him badly and with disdain, being sinful and wicked in our actions and lives, and in how we treated Him when He came into our midst bearing His love and truth. Despite all of that, Christ still loved each and every one of us, as our loving Father and Creator, God has shown His love through His Son, His compassion, mercy and patient kindness, which He extended to us by His loving sacrifice on the Cross. He willingly took up the burden of His Cross, battered, rejected, humiliated, tortured and broken for our sake, out of love for us.

He showed us His most generous and selfless love, shedding His own Precious Blood and dying for us, because He loves us all and took the extra mile to reach out to us, just as the Good Samaritan in His story had done. The Lord showed that He did not just speak of love, but He showed it through direct action and dedication, by presenting that love to us in the best way possible. He showed us that His love transcends everything, even our sins and all of our disobedience and evils. There is nothing that can separate us from the love of God, and God as the Head of the Church according to St. Paul in his Epistle to the Colossians in our second reading today, He is showing us in concrete ways how we all ought to obey the Lord and His Law and commandments.

Brothers and sisters in Christ, let us all therefore seek to follow the Lord ever more faithfully in our lives, from now on. Let us all do our best to walk in the path that the Lord has shown us, putting Him above all else and loving Him with all of our might, and doing the same to our fellow brethren as well. Just as the Lord has loved us so greatly all these while, let us devote ourselves to Him in love as well, and learn to fill ourselves up with the same love in how we interact with with one another. Let us all strive to be holy just as the Lord is holy, to be loving just as He is filled with love, and to do our best to glorify God by our lives. May He continue to guide us and empower us all to be true and devout Christians, following the examples of the Lord in the way the Good Samaritan acted towards his suffering fellow brother. Amen.