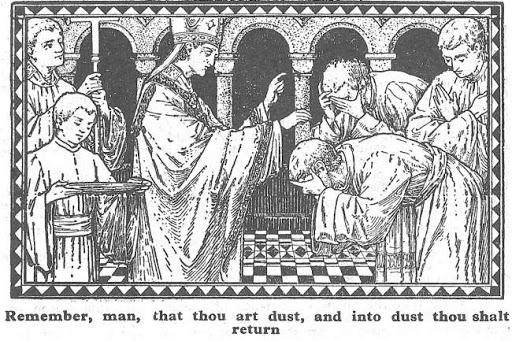 Come here, all you who are thirsty, come to the water! All who have no money, come! Yes, without money and at no cost, buy and drink wine and milk. Why spend money on what is not food and labour for what does not satisfy? Listen to Me, and you will eat well; you will enjoy the richest of fare.

Incline your ear and come to Me; listen, that your soul may life. I will make with you an everlasting covenant. I will fulfill in you My promises to David.

See, I have given him for a witness to the nations, a leader and commander of the people. Likewise you will summon a nation unknown to you, and nations that do not know you will come hurrying to you for the sake of YHVH your God, the Holy One of Israel, for He has promoted you.

Seek YHVH while He may be found; call to Him while He is near. Let the wicked abandon his way, let him forsake his thoughts, let him turn to YHVH for He will have mercy, for our God is generous in forgiving.

As the rain and the snow come down from the heavens and do not return till they have watered the earth, making it yield seed for the sower and food for others to eat, so is My word that goes forth out of My mouth : it will not return to Me idle, but it shall accomplish My will, the purpose for which it has been sent.

I know what it is to be in want and what it is to have plenty. I am trained for both : to be hungry or satisfied, to have much or little. I can do all things in Him who strengthens me.

However you did right in sharing my trials. God Himself will provide you with everything you need, according to His riches, and show you His generosity in Christ Jesus. Glory to God, our Father, forever and ever : Amen.

Then, looking at His disciples, Jesus said, “Fortunate are you who are poor, for the kingdom of God is yours.”

“Fortunate are you when people hate you, when they reject you and insult you and number you among criminals, because of the Son of Man. Rejoice in that day and leap for joy, for a great reward is kept for you in heaven. Remember, that is how the ancestors of this people treated the prophets.”

Liturgical Colour : Green or White (Saturday Mass of our Lady or Immaculate Heart of the Blessed Virgin Mary) or Red (Martyrs)

Without pity YHVH has shattered in Jacob every dwelling. He has torn down in His anger the ramparts of Judah’s daughter. He has thrown her rulers and her king to the ground, dishonoured.

The elders of the daughter of Zion sit in silence upon the ground, their heads sprinkled with dust, their bodies wrapped in sackcloth, while Jerusalem’s young women bow their heads to the ground. With weeping my eyes are spent; my soul is in torment because of the downfall of the daughter of my people, because children and infants faint in the open spaces of the town.

To their mothers they say, “Where is the bread and wine?” as they faint like wounded men in the streets and public squares, as their lives ebb away in their mothers’ arms. To what can I compare you, o daughter of Jerusalem? Who can save or comfort you, o virgin daughter of Zion? Deep as the sea is your affliction, and who can possibly heal you?

Your prophets’ visions were worthless and false. Had they warned of your sins, your fate might have been averted. But what they gave you instead were false, misleading signs.

Cry out to the Lord, o wall of the daughter of Zion! Oh, let your tears flow day and night, like a river. Give yourself no relief; grant your eyes no respite. Get up, cry out in the night, as the evening watches start; pour out your heart like water in the presence of the Lord. Lift up your hands to Him for the lives of your children, who faint with hunger at the corner of every street.

Remember how YHVH, your God, brought you through the desert for forty years. He humbled you, to test you and know what was in your heart, whether you would keep His commandments or not.

Do not forget YHVH, your God, who brought you out of the land of Egypt, the house of slavery. It is He who has led you across this great and terrible desert, full of fiery serpents and scorpions, an arid land where there is no water. But for you He made water gush forth from the hardest rock. And He fed you in the desert with manna which your fathers did not know.

Brothers and sisters in Christ, we are introduced today to an important catechesis of the faith, that is on the fate of our soul, when we go to the afterlife after our life in this world ends. And it was made clear to us by the story of Lazarus and the rich man, to show the contrast between the two fates that are possible for all of us.

Nevertheless, I would like to warn all of you first to be very careful in reading and understanding this part of the Gospels, as it is easy to be misunderstood and misrepresented, as if Jesus is advocating a sort of class war or conflict between the poor and the rich. And neither should we equate poverty with salvation and riches with damnation. Not all poor will end up in eternal joy, and many rich ones will also be saved.

In order to truly understand the meaning behind the passage, we have to understand the context behind Jesus’ teaching of the parables to His students. At the time of Jesus, and as it is similar in our world today, the divide and gap in the society in terms of wealth and affluence was very pronounced, and the rich ones were very rich with great excess, while the poor was very poor, having almost nothing on themselves.

Thus, it is easier for Jesus to teach the people, if He said them in a manner which can be easily understandable to the people, and hence His choice of characters and the story, to highlight the disparity between the two. Lazarus the poor man had nothing, and sat down in front of the rich man’s mansion hoping that the rich man would spare him some food from his table.

The rich man spared him nothing, and continued to live in splendour and great excess, partying day after day without any concern for those who were less fortunate than him. So that is why, after he died, the Lord gave him his due that is hopelessness, and eternal suffering in hell, to suffer with the devil and his fellow fallen angels.

Meanwhile Lazarus was welcomed into heaven, to enjoy forever the fruits of God’s love, to enjoy the food of everlasting life and he will no longer experience hunger, unlike what he had to go through in life. This is certainly what we all want as well. After all, who will choose hell over heaven? Nobody wants suffering, because we all want happiness.

This certainly should have taught us a good lesson, that if we forget to do what is expected from us by God, then we will be judged and deemed unworthy of heaven. Remember, brethren, that the wealth and possessions that we have is a gift for us, and it is not evil. There is nothing wrong in fact with people having more wealth than others.

However, wealth itself is neutral, but it can be used for either good or bad purposes. Like the rich man, who ignored the plight of Lazarus, he failed to utilise his abundance for a good purpose, and thus he was judged against. He failed to love another mankind, and therefore this ignorance spoke out against him when he is judged by the Judge of all life.

What is of concern to us is regarding the culture of waste and excess that often permeates in our society, and we often do not think about those who do not even have enough. We often consume more than what we need, even to the point of gluttony. We forget that the excesses can be given to those who have little and none that they may have enough.

Therefore, brothers and sisters in Christ, as we reflect on the story of Lazarus and the rich man, that we may from now on consider our own lifestyle, whether we have been charitable to those who have little or none, giving up our excesses to them, so they too can enjoy together with us. Being rich is fine, brothers and sisters, but just make sure that we keep our less fortunate brethren in mind! God bless. Amen.

When the Son of Man comes in His glory with all His angels, He will sit on the throne of His glory. All the nations will be brought before Him, and as a shepherd separates the sheep from the goats, so will He do with them, placing the sheep on His right hand and the goats on His left.

The King will say to those on His right, “Come, blessed of My Father! Take possession of the kingdom prepared for you from the beginning of the world. For I was hungry, and you fed Me. I was thirsty, and you gave Me something to drink. I was a stranger, and you welcomed Me into your house. I was naked, and you clothed Me. I was sick, and you visited Me. I was in prison, and you came to see Me.”

The King will answer, “Truly I say to you : whenever you did this to these little ones who are My brothers and sisters, you did it to Me.”

Then He will say to those on His left, “Go, cursed people, out of My sight into the eternal fire, which has been prepared for the devil and his angels! For I was hungry, and you did not give Me anything to eat; I was thirsty, and you gave Me nothing to drink; I was a stranger, and you did not welcome Me into your house; I was naked, and you did not clothe Me; I was sick, and in prison, and you did not visit Me.”

They, too, will ask, “Lord, when did we see You hungry, thirsty, naked or a stranger, sick or in prison, and did not help You?”

“And these will go into eternal punishment, but the just to eternal life.”