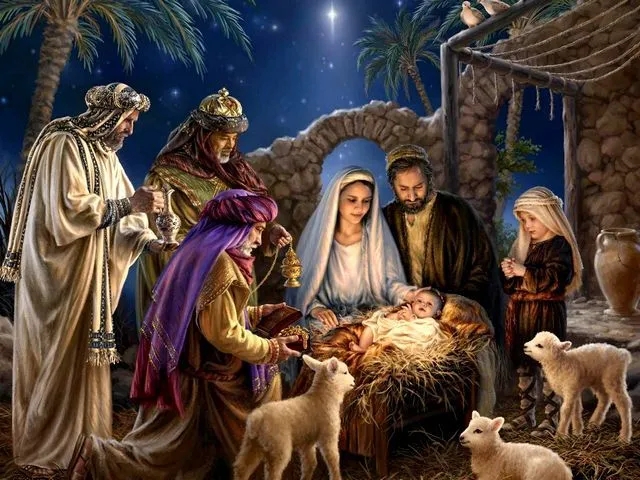 At that time, Jesus said to His disciples, “This story throws light on what will happen in the kingdom of heaven : Ten bridesmaids went out with their lamps to meet the bridegroom. Five of them were foolish, and five were sensible. The careless bridesmaids took their lamps as they were, and did not take extra oil. But those who were sensible, took flasks of oil with their lamps. As the bridegroom delayed, they all grew drowsy and fell asleep.”

“But at midnight, a cry rang out, ‘The bridegroom is here, come on and meet him!’ All the maidens woke up at once, and trimmed their lamps. Then the foolish ones said to the sensible ones, ‘Give us some oil, for our lamps are going out.’ The sensible ones answered, ‘There may not be enough for us and for you. You had better go to those who sell, and buy some for yourselves.'”

“When the bridegroom came, the foolish maidens were out buying oil, but those who were ready went with him into the wedding feast, and the doors were shut. Later the other bridesmaids arrived and called out, ‘Lord, Lord, open to us!’ But he answered, ‘Truly I do not know you.'”

“So stay awake, for you do not know the day nor the hour.”

Rejoice in the Lord, you who are just, praise is fitting for the upright. Give thanks to Him on the harp and lyre, making melody and chanting praises.

For upright is the Lord’s word and worthy of trust is His work. The Lord loves justice and righteousness; the earth is full of His kindness.

The Lord frustrates the plans of the nations and brings to nothing the peoples’ designs. But His plan stands forever, and His heart’s design through all generations.

For Christ did not send me to baptise, but to proclaim His Gospel. And not with beautiful words! That would be like getting rid of the cross of Christ. The language of the cross remains nonsense for those who are lost. Yet for us who are saved, it is the power of God, as Scripture says : I will destroy the wisdom of the wise and make fail the foresight of the foresighted. Masters of human wisdom, educated people, philosophers, you have no reply! And the wisdom of this world? God let it fail.

At first, God spoke the language of wisdom, and the world did not know God through wisdom. Then God thought of saving the believers, through the foolishness that we preach. The Jews ask for miracles and the Greeks for a higher knowledge, while we proclaim a crucified Messiah. For the Jews, what a great scandal! And for the Greeks, what nonsense! But He is Christ, the power of God, and the wisdom of God, for those called by God among both Jews and Greeks.

Dear brothers and sisters in Christ, today all of us heard of the exhortation for us to be holy, to be good and ever righteous in the presence of God, to be ready to welcome the Lord when He comes again as He has promised. And that is why we must dedicate our whole lives in His service and to be ever committed in our faith, not to be lax or complacent in living that faith, or else, we may regret it when the time of reckoning comes.

In our Gospel passage today, this is very well illustrated with the parable of the faithful servant and the bad servant, using the example of those servants to highlight what will happen to us should we take the Lord’s words seriously, or if we choose instead to ignore Him and continue to reject what He has called us to do in our lives. Unless we listen wholeheartedly to God’s words calling us and speaking to us in the depth of our hearts, we will be easily swayed and tempted to abandon His path.

The parable highlighted first of all, the two types of servants, one that is diligent and conscientious of all that he had been entrusted with, while the other servant was lazy and thought that the master would not come back so soon, and did not do as he had been tasked to, and instead abused his authority and treated his fellow workers and those under his authority badly for his own selfish desires.

The servants represent us, brothers and sisters in Christ, all the sons and daughters of man. All of us have been entrusted by God for our various tasks and callings in life. And this passage is a reminder that whatever we do in life, whatever we say and act, and how we interact with one another, all of these are significant and they will count on the moment of our reckoning, be it at the end of our lives or when the Lord finally comes again into this world.

The faithful and diligent servant represent those who have listened to the Lord, obeyed His commandments, and did everything as he or she had been told and taught through the teachings and laws of the Church. Meanwhile, the lazy and bad servant are those who ignored the teachings and laws of the Lord as held by His Church, and those who preferred to live their lives their own way, without regards for the path that the Lord had set before us.

Now, brothers and sisters in Christ, as we heard in our readings today, as St. Paul highlighted in our first reading today that, for all of us the faithful people of God, we have been assured of the glory of God and the eternal joy that will be ours. However, we need to trust in God and put our faith in Him, or else, because of our lack of faith, we are the ones who make ourselves stumble in rejecting the surety of the glory of God and instead, exchange it for the temporary pleasures and glory of the world.

Do we want to be like that lazy and bad servant who slacked and took it for granted that his master had granted him so much and so good a life, that he disobeyed and did things to satisfy his own selfish desires? We see how it all ends, when the master came back suddenly and the bad servant was caught unaware by it. Do we want to be caught unaware also in our vices and sins, and then be cast out into the eternal darkness, from where no regret can do anything for us anymore?

Brothers and sisters in Christ, we should follow the examples set by St. Monica, whose feast day we celebrate today. St. Monica was a pious and devout woman, who was remembered especially as the mother of St. Augustine of Hippo, the great bishop and Doctor of the Church, one of the finest saints of the early Church. And the role of St. Monica in making St. Augustine to be who he was cannot be underestimated, as it was her persistent faith and commitment, her love for her son and her refusal to give up on him that eventually led St. Augustine to return to the faith.

St. Augustine was born to St. Monica, a Christian woman, and Patricius, a Roman pagan, his father, who led a dissolute and wicked lifestyle, which would eventually also be followed by St. Augustine in his younger days. But despite being surrounded by all sorts of wickedness and vices of the world, St. Monica patiently and faithfully lived her life as a wife and mother, and she also acted with virtue, often giving alms and charities for the poor and the needy.

St. Monica definitely wanted her husband and son to be turned to the light, but the path would indeed be long, arduous and can be heartbreaking at times. Not just that she had to endure her husband, who although respected her, but lived wickedly, St. Monica also had to endure seeing her own son falling into sinful path, as he grew up and began to seek the truth, in a long journey, during which time, he would dwell into false ways like Manichaeism and also various hedonistic ways.

It was so bad that St. Augustine even caused a woman to be pregnant out of wedlock, meaning that he made the woman pregnant while not being married to her. This amongst others, such as his pursuit of pagan philosophical pursuits, must have hurt St. Monica badly, seeing her family like that. Yet, St. Monica patiently put her faith in God and dedicated herself to pray for her family’s conversion.

Eventually, by her patient faith and endurance, her care and concern for her loved ones, St. Monica managed to turn the heart first of her husband, who was said to have converted to the Christian faith and repented from all his sinful ways when he was dying. And when St. Augustine and St. Monica were divided by the former’s adoption of Manichaean heresy and his wicked way of life, St. Monica patiently endured and followed her son, eventually leading her to find St. Ambrose of Milan, the influential and charismatic man who eventually together, managed to turn St. Augustine back into the truth of Christ after many years of resistance.

Brothers and sisters in Christ, we see in St. Monica the example of a true and virtuous Christian, who remained committed to God despite the challenges and pains that she had to endure. St. Monica showed true Christian virtues and patiently persevered, continuing to pray and to do what she could, just as the faithful and diligent servant had done, in dedicating her efforts to the greater glory of God.

And you see just how much impact that had caused, as through St. Augustine and the many people whom he inspired and touched, countless peoples and souls had been saved thanks to the perseverance and faith of St. Monica, his loving mother. Are we able and willing to follow in her footsteps, brothers and sisters in Christ? Are we willing to make the sacrifices required at times to be faithful to God, in all things?

May the Lord be with us always, and may He strengthen us and encourage us to be always faithful despite the challenges, trials and tribulations we may encounter in life. May God bless us all, and may St. Monica pray and intercede for each and every one of us, now and always. Amen.